Two Quick Phrases To Help You Be A More Empathetic Spouse 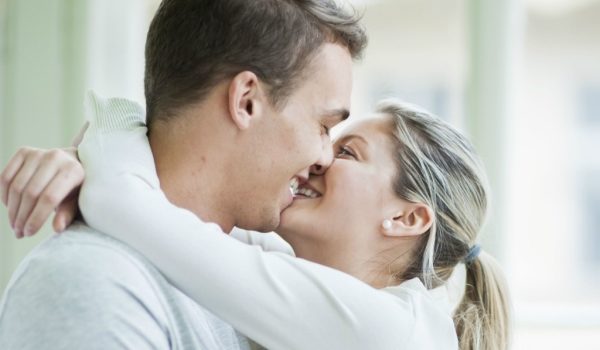 My natural inclination is to fix things. I grew up with a Dad who could fix the car, things around the house, anything. While I’m no Larry Lowe, I consider myself pretty handy. And my wife, Nancie, has always been very thankful for my home fix-it projects. But I also have the natural inclination to fix her painful emotions.

During our first couple of years of marriage, when she would share something that was bothering her, I would jump out like a relational Bob the Builder with, “Can we fix it? Yes, we can!” For example, she once shared a problem she was having with a co-worker. I followed up with, “Maybe you should have a straightforward conversation with her. I know that is not easy for you, but it may be worth the discomfort to change things long-term.” From a logical standpoint, that could have been sound advice. And it was even coming from a good place. I hated she was having a tough time. I wanted to help her. But from a relational standpoint, advice was not her desire. So she got frustrated and told me why she couldn’t do what I suggested. Then I made it about me, got frustrated with her for not valuing my opinion, and this started an argument. While the topics were different, this was the sequence of most of our fights in our early years: her emotional distress, me trying to fix it, her getting frustrated, me getting frustrated she didn’t value my opinion, and arguments ensued.

Then one day she said something huge:

What she was wanting from me was empathy. When she feels emotions of any kind, she needs me to see her and get her. I was putting way too much weight in the power of advice and way too little in the power of empathy.

I’m currently working on a new marriage book with a chapter devoted to empathy. The research is staggeringly clear: empathy is a great connector. We’ve experienced this in a tangible way by adding in a couple of phrases that have helped both of us and, hopefully, the marriages we work with. Try them out on your marriage.

After a full weekend of me speaking at a marriage retreat, Nancie sensed something was off with me. She said, “How are you doing?” I said, “I’m exhausted and to be honest, a little depressed.” She said, “That’s understandable.” That was all I needed. I didn’t feel the pressure to do anything. At that moment, I didn’t need her to try to cheer me up, question why I was feeling that way, or try to talk me out of it. I had no energy for any of that. What I needed was to be told what I was feeling was not wrong, it was “understandable.” This simple phrase helps a lot with each other, and our teenagers.

Empathy isn’t about seeing things from your point of you, but seeing it from someone else’s. If my kids leave a mess in the kitchen, it doesn’t really bother me. But if I was Nancie it would bother me. So, I can say, “If I were you, I would feel the same way.” So, if you being five minutes late frustrates your spouse, instead of arguing how ridiculously regimented they are, simply say, “I’m sorry. If I were you, I would be frustrated too. My mistake.”

One of the many upsides of empathy is its simplicity. Empathy means being there for your spouse, and being there with your spouse. Work to understand the topic that is causing their emotion and acknowledge it. This is their need. While it may not make sense to your brain parts, I promise it will make sense to your heart parts when you see how much better simple empathy works. What’s your simple phrase of empathy that works well in your marriage?

This article was reposted and used with permission from married people.org

For great ways to communicate better both in and out of the bedroom, check out the #1 marriage and intimacy app… Ultimate Intimacy. It is free to download! Just click on the picture below to learn more!

The "Ultimate" Newsletter
Subscribe to our newsletter for weekly marriage tips, printables, and updates on the app and products!
Sign up for FREE:
*No spam, we promise.